Like a twittering swallow or a crane, so do I chirp and chatter; I moan like a dove. My eyes are weary and dim with looking upward. O Lord [*Jesus Christ in the LORD of Hosts], I am #oppressed; take my side and be my security [as of a debtor being sent to prison].

He who justifies the wicked and he who condemns the righteous are both an abomination [exceedingly disgusting and hateful] to the Lord [*Jesus Christ in the LORD of Hosts]. [Exod. 23:7; Prov. 24:24; Isa. 5:23.]

But when you see the abomination of desolation mentioned by Daniel the prophet standing where it ought not to be–[and] let the one who reads take notice and consider and understand and heed [this]–then let those who are in Judea flee to the mountains. [Dan. 9:27; 11:31; 12:11.]

But as for those whose heart yearns for and goes after their detestable things and their loathsome abominations [associated with idolatry], I will repay their deeds upon their own heads, says the LORD God [*in the Lord Jesus Christ].

To injure implies not just physical injury, but also emotional and economic injury.

3 And I will grant the power of prophecy to My two witnesses for 1,260 (42 months; three and one-half years), dressed in sackcloth.

4 These [witnesses] are the two olive trees and the two lampstands which stand before the Lord [*Jesus Christ in the LORD of Hosts] of the earth. [Zech. 4:3, 11-14.]

5 And if anyone attempts to injure them, fire pours from their mouth and consumes their enemies; if anyone should attempt to harm them, thus he is doomed to be slain. [II Kings 1:10; Jer. 5:14.]

6 These [two witnesses] have power to shut up the sky, so that no rain [*precipitation] may fall during the days of their prophesying (their prediction of events relating to Christ’s kingdom and its speedy triumph); and they also have power to turn the waters into blood and to smite and scourge the earth with all manner of plagues as often as they choose. [Exod. 7:17, 19; I Kings 17:1.]

Thus says the Lord JESUS CHRIST, Son of God the Father and Creator of Universes, the LORD YHWH (JEHOVAH) TETRAGRAMMATON with Trinitarian Unity through Rocket Scientist of God and Prophetess Anya Kelly, born again in the Holy Spirit as ANYAMARY, Mother of the Lord JESUS CHRIST:

The Two Witnesses of Revelation are I AM THAT I AM!

When fire from the Baptism of the Holy Spirit pours out of the mouth of the Two Witnesses, their enemies become zombies; physically alive, but spiritually dead.

41 But on the morrow all the congregation of the Israelites murmured against Moses and Aaron, saying, You have killed the people of the LORD.

42 When the congregation was gathered against Moses and Aaron, they looked at the Tent of Meeting, and behold, the cloud covered it and they saw the LORD’s glory.

43 And Moses and Aaron came to the front of the Tent of Meeting.

44 And the LORD said to Moses,

45 Get away from among this congregation, that I may consume them in a moment. And Moses and Aaron fell on their faces.

46 And Moses said to Aaron, Take a censer and put fire in it from off the altar and lay incense on it, and carry it quickly to the congregation and make atonement for them. For there is wrath gone out from the LORD; the plague has begun!

47 So Aaron took the burning censer as Moses commanded, and ran into the midst of the congregation; and behold, the plague was begun among the people; and he put on the incense and made atonement for the people.

48 And he stood between the dead and the living, and the plague was stayed.

50 And Aaron returned to Moses to the door of the Tent of Meeting, since the plague was stayed.

And do not be afraid of those who kill the body but cannot kill the soul; but rather be afraid of Him who can destroy both soul and body in hell (Gehenna). 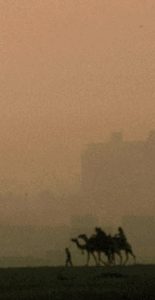 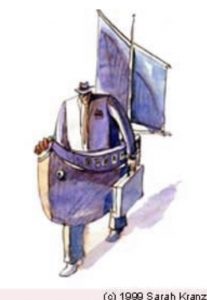 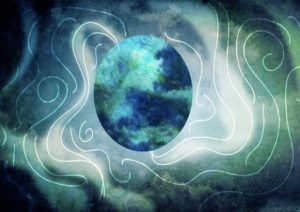