January 14, 2021 23:45 NYST – Last Wednesday, America (the New Babylon) witnessed violence at the nation’s capital in Washington D.C. after Babylonian king @Trump and his goons #incited an angry predominantly white #bigoted mob with harsh doom-laced “Trumplican” #rhetoric; leading the crowd present at their “Stop the Steal” rally to storm and overrun the nation’s capital. Gun-touting “Trumplican” zombies broke windows, hijacked offices, flew a combination of American, Confederate, and “Trumplican” flags, then used them as weaponry along with flying crutches and a fire extinguisher to gain access. Capital police response was highly #biased as Black Lives Matters (BLM) protestors would have been shot on site before the capital could be overrun by them.

The zombies were eventually cleared out after sundown the same day, following an #instated 6 pm curfew. Afterwards, lawmakers returned from their bunkered positions within the capital walls to continue Electoral College objection hearings “Trumplicans” brought forth. The Senate then succeeded with the Electoral College certification vote, thereby approving the votes of a few (based on the popular vote of millions) for the next President of the United Divided States of America, the New Babylon. Vice President @Pence adjourned the Senate to their chambers around midnight after the Electoral College vote for President-Elect @Biden was certified. With the Electoral College vote certification made official, Democrats gained majority control of both the House and the Senate. With Chuck @Schumer, ousting the #incumbent Senate Majority Leader Mitch @McConnell from his long seated post.

After Babylonian king @Trump #condemned by video; then #condoned by Tweet, the #insurrection chaos at the capital, Democrats unanimously worked to bring a second vote of impeachment against @Trump on Wednesday. After behind closed doors, @Trump refused to resign by not responding to the request made by Congress and @Pence refused to invoke the 25th Amendment designed to strip an #incompetent President of power. Although successful, the vote #impeached the Babylonian king @Trump a SECOND TIME with the support of only 10 Republicans in the Lower House of Congress.

We are not the least bit surprised. We prophesied to you via @Twitter (TWTR) on April 30, 2020 and via our Stock Market Reporting update on November 11, 2020 that this would happen. An assault on true Christianity is in progress after white supremacists #infiltrated the faith with a #bigoted perspective regarding the purpose of the church’s role in the affairs of the State.

Both social media networks, @Facebook (FB) and @Twitter (TWTR), experienced severe losses after investors sold their stock with the belief that they would lose users through the banning of @Trump‘s account. However, the social media giants felt it was finally time to cut off the account of the beast because of his continued #incitement of violence, along with the public outcry; which became too dangerous to ignore.

In other news, Elon @Musk (CEO of @Tesla and @SpaceX) gets wealthy off of becoming the wealthiest man alive after @Tesla (TSLA) stock went on a short ~3% rally this week. Strangely, his #wealth ballooned to $185 billion after a $150 billion dollar increase over this past year.

How did you accomplish that during an economic crisis and global pandemic?

Last point of interest this week: Investors are starting to show an interest expressing concern over the peaks of major composite indices, like the DOW JONES Industrial (DOW), NASDAQ (NDAQ), and Standard and Poor’s (S&P 500). Due to their reflections of all time highs during the nation’s all time low of an economic crisis that mimics The Great Depression and a global pandemic that is actively constricting the economy. In an effort to #gauge the extent of economic recovery, a review was conducted of official stock market data which revealed a forecast reflecting a significant slow down in the labor market within retail sales partly due to the customer #sentiment surrounding the retail sector during the Coronavirus pandemic.

IMPORTANT NOTICE: To protect yourself and your loved ones, consider converting the US Dollar (USD) to Canadian currency (CAD). We have been urging that you watch the markets carefully and when the climate surrounding markets gets very volatile, convert your currency. The US Dollar (USD) is heavily inflated and its stored value is becoming more and more unstable everyday. The website that converts currency without an international bank account is https://www.transferwise.com. 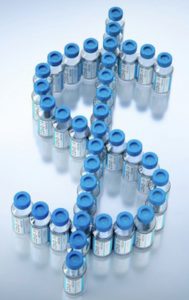 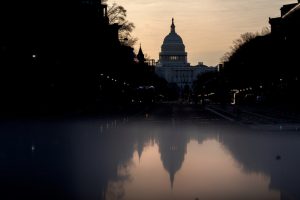 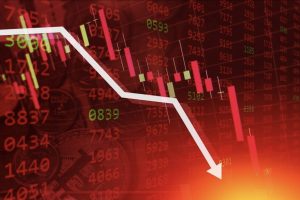