Skies are closed to prophecy.

Rise, and measure the temple of God, and the altar, and them that worship therein. But the court which is without the temple leave out, and measure it not; for it is given unto the Gentiles: and the holy city shall they tread under foot forty and two months. And I will give power unto my two witnesses, and they shall prophesy a thousand two hundred and threescore days, clothed in sackcloth. These are the two olive trees, and the two candlesticks standing before the God of the earth. And if any man will hurt them, fire proceedeth out of their mouth, and devoureth their enemies: and if any man will hurt them, he must in this manner be killed. These have power to shut heaven, that it rain [nor snow] not in the days of their prophecy: and have power over waters to turn them to blood, and to smite the earth with all plagues, as often as they will.

Forecast from the Weather Channel* 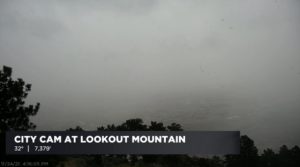 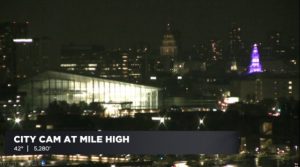 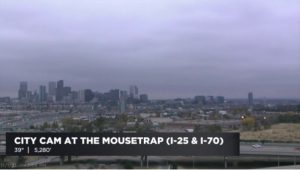